BET Networks is adding some serious star power to its scripted period drama “AMERICAN SOUL” with the announcement of guest stars portraying musicians from the Soul Train era. Singer and actress Michelle Williams will portray the legendary Diana Ross, while consummate entertainer Bobby Brown will play Rufus Thomas, who was best known for the classic soul song “Do the Funky Chicken”. Actress Gabrielle Dennis will follow up her show-stopping performance of Whitney Houston in BET’s “The Bobby Brown Story” by playing another venerated diva, Tina Turner. Hailing from BET’s “Hit the Floor”, McKinley Freeman will bring his acting chops to the role of Ike Turner. SingerK. Michelle will play R&B singer Martha Reeves of Martha and the Vandellas. The stellar lineup will join previously-announced guest star Kelly Rowland who portrays Gladys Knight in a multi-episode arc.

Inspired by the untold rise of iconic music and dance program “Soul Train,” “AMERICAN SOUL” is a 70s-set drama blending fictional and real-life characters and moments. The series is set to premiere with back-to-back episodes on February 5, 2019 at 9pm ET/PT on BET in the U.S., before rolling out globally across BET International’s linear channels in the UK, France, South Africa and South Korea, beginning February 7, 2019. 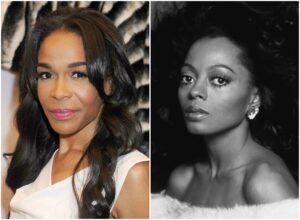 Grammy® Award-winning singer and actress Michelle Williams will play a young Diana Ross. Ross is impressed by Don Cornelius, who is courting her to appear on his new show, but she hasn’t quite decided if she will accept his offer yet. Rising to fame as a member of the globally successful girl group, Destiny’s Child, Michelle Williams has enjoyed a successful career as a solo music artist as well as a lauded actress. In addition to starring in sitcom “Half & Half”, Williams has starred in numerous Broadway and West End musical productions including Aida, The Color Purple, Chicago and Fela!. She has earned a Grammy® Award with Destiny’s Child, as well as a solo MOBO Award and Stellar Award. Williams is represented by Red Light Management. 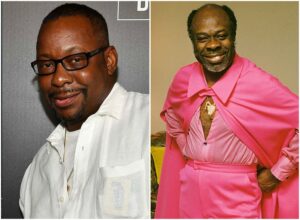 Entertainer, producer, entrepreneur and bestselling author Bobby Brown follows his hit BET biopic “The Bobby Brown Story”, with a comedic guest star turn as soul singer Rufus Thomas. Sporting a notable paunch and wild outfit, Rufus Thomas brings a spectacle to Soul Train when he performs his signature song “Do the Funky Chicken.” As a Grammy® Award-winning music artist, Bobby Brown’s career has spanned over 4 decades as an original member of New Edition and his own successful solo journey. Named one of Billboard Magazine’s Top 60 Male Artists of All Time this year, and recipient of the 2018 Black Music Honors R&B Soul Music Icon Award, the artist continues to tour today with newly minted group, RBRM (Ronnie, Bobby, Ricky & Mike). No stranger to BET’s audiences, he has been the subject of two hit mini-series on the network, “The New Edition Story” and “The Bobby Brown Story”. Brown is represented by Manager, Alicia Etheredge-Brown, AE Management, Publicity & Media Relations, Juanita Stephens, JS Media Relations and Karen E. Lee. 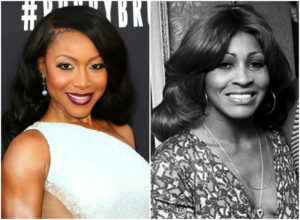 Multi-talented actress Gabrielle Dennis will portray Tina Turner, who is enjoying a hugely successful career with her husband as “Ike & Tina Turner” as they perform “Proud Mary” on Soul Train. A true professional, Tina chronically suffers at the hands of Ike, but you’d never know her pain by the love she shows onstage through her music. Gabrielle Dennis is a multi-hyphenate best known for her work in television as an actress, but also has an extensive background in dance, musical theater, and singing/songwriting. In addition to her critically-acclaimed performance as Whitney Houston in BET’s “The Bobby Brown Story,” Dennis has also starred in series including “Marvel’s Luke Cage” as ‘Nightshade’, “Rosewood,” “Insecure,” BET’s “The Game,” and “Blue Mountain State.” Her film credits include Black Coffee and Bring It On: Fight to the Finish. Dennis is represented by Industry Entertainment and Gersh Talent Agency. 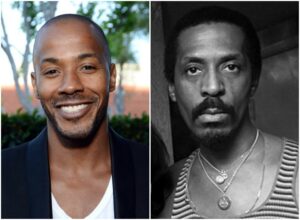 Dynamic actor McKinley Freeman plays Ike Turner, a powerful, charismatic and volatile performer who takes the stage with his wife Tina Turner. A high maintenance talent who makes a lot of demands on management, Ike also intends to help Don turn Soul Train into a club and franchise. He doesn’t bother to hide his behavior towards his wife. Freeman most recently starred in BET’s scripted drama “Hit the Floor,” leading all four seasons of the series. Has also starred on the VH1 drama “Daytime Divas.” After a career-launching role on “All My Children,” Freeman went on to nab roles on “Bones,” “Major Crimes,” “Switched at Birth,” “Scandal,” “If Loving You is Wrong” and “9-1-1.” Freeman also produces content for film and TV, and is a strategic advisor for tech start-up companies. Freeman is represented by Stone Manners Salners and Luber Roklin. 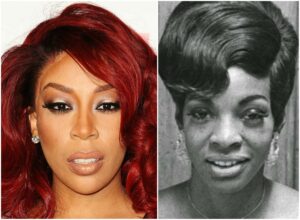 Singer and television personality Kimberly Michelle Pate aka K. Michelle will portray Martha Reeves, the extraordinarily talented R&B pop singer who led the band, Martha and The Vandellas. During the band’s Soul Train appearance, Martha offers professional advice to an up-and-coming performer. With her debut album Rebellious Soul landing the #1 spot on Billboard’s Top R&B/Hip-Hop Albums, the NAACP Image Award-winning singer has since released 3 more albums. Michelle has also been a fan-favorite on the hit franchise Love & Hip Hop, as well as her own eponymous series “K. Michelle: My Life.” K. Michelle is represented by Benchmark Entertainment.

Everyone knows Soul Train, but not everyone knows what happened when the music stopped. “AMERICAN SOUL” is the story about the struggle to make the dream of Soul Train come true. Set in the early 70’s, filled with music, dance, fashion and glamour, this is the untold story of the launch of the first nationally-syndicated Black music show and what happened when the music stopped. Battles with record labels for top talent, off-camera drama as young dancers vie for the spotlight, stand in the way of a 30-something Don Cornelius who is sacrificing all that he loves to follow his dream. The journeys of these characters collide in a racially charged LA with the odds stacked against them. All they have is each other and the magic of Soul Train.

Production for “AMERICAN SOUL” kicked off on September 17th in Atlanta, Georgia.

A Salute To The Black Female Leads Of 2018 Films

Trailer and Poster For Tyler Perry’s A Madea Family Funeral