Over 30 Black actresses starred in lead roles in films 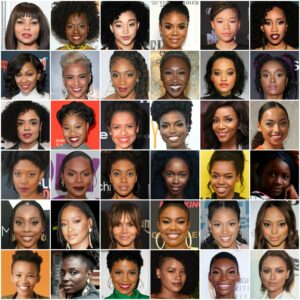 In terms of quantity, this has been a strong year for Black female leads. While it may not be reflected at year’s end when many critics groups and other organizations are hardly recognizing the works of many, with the exception of Regina Hall, but from the various festivals around the world to theatrical releases and streaming platforms, there were at least 30 or more films that featured Black actresses in lead roles in 2018.

From studio thrillers to indie films, there were plenty of genres that were highlighted where the performances showcased the range of many.

There is still a lot of work to be done. Oscar winner Viola Davis, after becoming the first African-American to win an Emmy for best actress in a drama in 2015, stated, “The only thing that separates women of color from anyone else is opportunity.”

So far, in the Academy Awards’ 90 year history, Halle Berry (2001) is the ONLY Black woman to have won an Oscar for Best Actress out of the 11 Black women ever nominated. That’s 11 out of 450 in total. Hopefully, in time, some of these actresses will be starring in films that merit consideration and more than one. 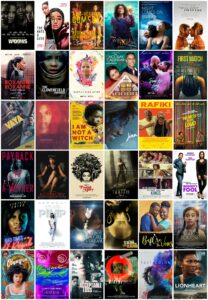 Regina Hall became the first Black woman to be win Best Actress in the New York Film Critics Circle’s 83-year history for her role in Support The Girls.

Storm Reid starred in A Wrinkle In Time, which grossed over $100M at the box office domestically.

Amandla Stenberg starred in 3 theatrical releases (The Darkest Minds, The Hate U Give, Where Hands Touch) as well as Tiffany Haddish (Night School, The Oath and Nobody’s Fool).

Netflix had seven films that had Black actresses in lead roles – Chante Adams in Roxanne Roxanne, Gugu Mbatha-Raw in The Cloverfield Paradox, Megalyn Echikunwoke in Step Sisters, Elvire Emmanuel in First Match, Sanaa Lathan in Nappily Ever After, Michaela Coel in Been So Long, & Kat Graham in Holiday Calendar

Here’s a list of Black actresses who had lead roles in 2018, from films that were released in theaters to films that played in festivals; as well as films were streamed online.

Films that played at festival, followed by a theatrical release in 2018

@Josh__aj We’re not owner of that site. This is website from a customer has purchased our theme. We just selling Wo… https://t.co/DTF7gN1WbS

Reply Retweet Favorite
@iamFRANQ @Naijaknowhow Hi, Can you tell me where do we use your content? Do you know we're a company work for sel… https://t.co/udWd8ULHvG

Reply Retweet Favorite
@nuysink Hi, Thank you for loving our theme. Please send us an email via our contact form: https://t.co/JZEY1EfBio… https://t.co/cs8uftDWjN

Reply Retweet Favorite
💥💥💥Our new Wordpress theme PenNews just released - It's biggest theme ever we've build, use it for any purpose. Now… https://t.co/1itu4m7Nhv